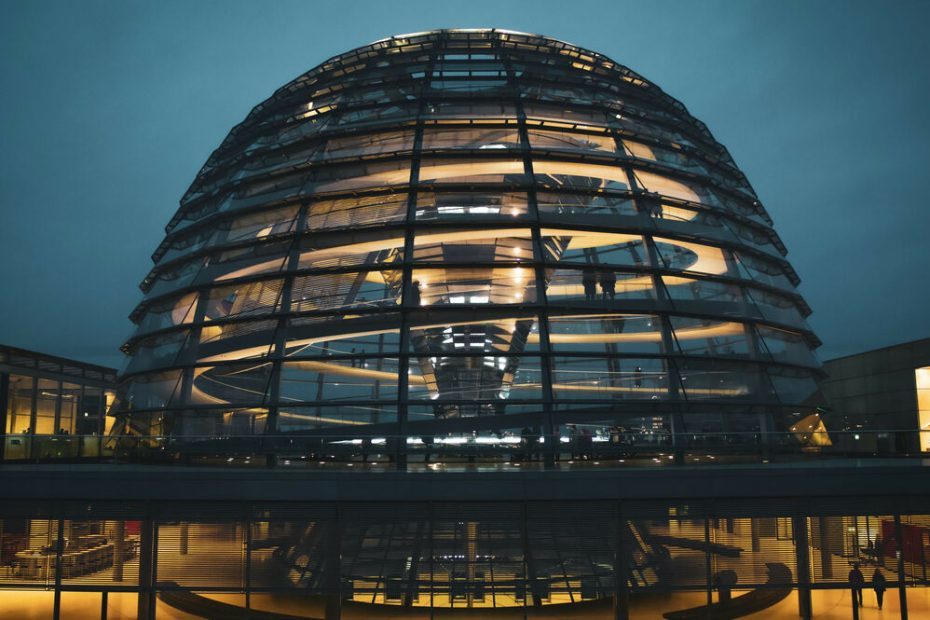 On September 26, 2021, a new Bundestag (German Federal Parliament) will be elected for the 20th time since the founding of the Federal Republic of Germany. Regardless of the outcome of the election, it is already clear that this will be accompanied by a change at the top of the government, as Chancellor Angela Merkel will not be running for this office again after 16 years as chancellor. In these 16 years, the world has changed fundamentally due to the influence of new technologies. Social media are increasingly influencing public discourse. That is why we are taking the upcoming federal election as an opportunity to provide information about the influence of social media on voting behavior. The focus here is on so-called microtargeting.

The Role of Social Networks

The early precursors of social networks date back to the 1980s when electronic bulletin board systems made it possible to exchange data and messages between users on a platform. With the expansion and improvement of the Internet, the first social networks in today’s sense were developed and became more popular in the mid-2000s. MySpace and LinkedIn were founded in 2003, Facebook the following year and Twitter in 2006, while StudiVZ, the first nationally known platform from Germany, was founded in 2005. Since the beginning of the 2010s, social networks became a global mass phenomenon. In 2010, for example, Facebook became the first social network to reach half a billion users, and other networks that are widely used today were developed, such as Instagram (2010), TikTok (2016) and Clubhouse (2020).

Today, about 4 billion people worldwide use social media, which is close to 60 percent of the world’s population. In the European Union, the percentage of people who use social media themselves is just over 60 percent. In Germany, almost 80 percent of the population (66 million) are even active on social media with an average of 6 accounts. In addition to the networks already mentioned, these include services such as WhatsApp (2009), YouTube (2005) and Snapchat (2011). It should be noted here that the exact target audience and business model of each platform may differ somewhat, as each of these networks offers its own functions. [1, 2, 3]

Although social networks were initially conceived as an interesting idea for cross-location networking and communication, nowadays there are some experts who point out the political, social, economic and also psychological effects. To stay with the upcoming federal election: This number of users illustrates the potential of social media to influence or even manipulate consumers and/or voters.

Huge amounts of data are generated every day on social networks through the behavior of individual users, so-called Big Data. Thus, the operators of social networks gain access to private data of billions of individuals, such as religious and political views, sexual orientation, health status or employment and relationship status, etc., through postings and click behavior. In the course of digitization, this data is used for marketing purposes and targeted election advertising in democratic competition, among other things. Voters are no longer only addressed through election booths on the street, commercials or political debates on television, but also very specifically in social media. [4]

Basically, microtargeting describes a communication strategy in which the population is divided into individual groups based on demographic and social characteristics (gender, age, ethnicity, denomination, etc.) through systematic statistical analyses in order to specifically adapt the messages to be conveyed to the needs of the respective group. It is therefore an instrument that addresses individual target groups both more effectively and more efficiently than general mass communication. As this definition already implies, microtargeting requires a considerable amount of private data of individual persons, which further underlines the connection between social networks and microtargeting. Microtargeting is not only used to promote one’s own positions, but also to discredit the political opponent, with the aim of at least discouraging potential voters of other parties, who could not be convinced of one’s own position anyway, from voting for the other side, i.e., to demotivate these groups of voters in case of doubt to go to the polls at all (negative advertising). [5]

The Case of ‘Cambridge Analytica’

The scandal surrounding the British-American marketing and data analysis company ‘Cambridge Analytica‘ is probably the world’s best-known case of political microtargeting. Cambridge Analytica had data on suspected 160 million individuals with up to 3,000 data points each. This data set was used for psychological profiling to help Donald Trump in the 2016 U.S. presidential election. In addition, similar allegations have been made in relation to the Brexit campaign, with the majority of the microtargeting likely carried out by a Canadian (partner) company, Aggregate IQ, who use similar methods to Cambridge Analytica. [6]

The datasets were generated primarily via a Cambridge University psychologist, Aleksandr Kogan, who created a Facebook app for conducting personality tests based on the OCEAN model (Openness, Conscientiousness, Extraversion, Agreeableness, Neuroticism). At the end of the test, participants agreed to give access to their profile and contact information, which created the datasets. On the basis of these data sets, the individuals were divided into different categories in order to subsequently tailor the advertising campaigns specifically to them (microtargeting). In addition, this data was even used to categorize people who did not use the app themselves. In this way, statistical similarities to the people in the existing data were used to determine the corresponding category of additional individuals. [6]

To this day, the concrete influence of Cambridge Analytica on the outcome of the 2016 US presidential election and the Brexit referendum is disputed. While the company’s management has always emphasized its strong influence on the voting behavior of the population, others assume self-promotion and overestimation of its own influence. The fact is, however, that millions of personal data, especially Facebook data, were misused to influence voters via microtargeting on social networks. Particularly in the American swing states, where election outcomes are traditionally very close, microtargeting is likely to have made the decisive difference. This has not only attracted the attention of data protection authorities, who launched extensive investigations, but also earned Facebook a record fine of $5 billion for data protection violations. [6, 7]

However, microtargeting is not an invention of Cambridge Analytica or Donald Trump’s campaign team, but has been used in previous elections. However, the scale of the data sets and the constantly evolving analytical methods have only brought the topic to the attention of the general public since 2016.

Since the 2017 federal election at the latest, online election campaigning through microtargeting has been established in all political parties. The CSU (Conservative Christian Democrats in Bavaria), for example, placed election videos in Russian explicitly to presumed ‘German Russians’, the FDP (Liberals) addressed Tesla fans in particular in its election advertising about the “mobility of the future”, the Left Party targeted potential AfD (far right populists) voters by confronting them with the contradictions of the AfD’s official statements and actual voting behavior, and the Green Party used more than a third of their total election campaign budget – around 2 million euros – for targeted election advertising in the well-known social networks. In contrast, the online measures of the SPD (Social Democrats) and the CDU (Conservative Christian Democrats) were less transparently verifiable, although they undoubtedly also used microtargeting in the last federal election campaign. [7]

In addition to concerns about data protection and privacy, an obvious problem with microtargeting is that voters only ever receive a very specific section of a party instead of the overall picture. To stay with an example from Netzpolitik.org, profiles with an affinity for electric cars receive corresponding election advertising from the FDP, while profiles interested in IT security receive election advertising with content about the commitment to civil rights from the same party. This becomes particularly problematic in the case of so-called dark posts. Dark posts are posts that are not visible to all users of a platform, even when actively searched, but only to the specific target group. This clearly contradicts the principle of transparency. Thus, microtargeting makes it theoretically possible to advertise to different groups with completely contradictory messages: promising higher top tax rates to low-income people, for example, while promising tax cuts to high-income people. [7]

In the current election campaign, the importance of online advertising and microtargeting is likely to be even greater than in the last election. On the one hand, digitization has advanced further in the last four years and more people are using social networks; on the other hand, many campaign encounters with citizens are currently only possible with difficulty due to the ongoing Corona pandemic. Thus, all major parties can be assumed to have digital budgets in the millions. While the AfD has the most subscribers on Facebook and YouTube, Instagram and Twitter are led by the Greens. [8]

The extent to which microtargeting, the number of subscribers, clicks or interactions have an impact on concrete election success compared to classic campaign methods cannot be precisely quantified, but it is undisputed that it has a not insignificant effect on voting behavior.

So-called filter or information bubbles (also called ‘bubbles’) also function according to mechanisms similar to microtargeting. In order to constantly maintain the attention of their own users, modern social networks use certain algorithms which, based on the available data, make predictions as to which content could be interesting for the respective person and should be displayed next. Thus, large amounts of data about the users are also necessary and a categorization of these is made algorithmically in order to make the prediction of the appropriate content. The more accurate the picture of individuals based on the available data, the more accurately the content can be matched. As a consequence, users become increasingly isolated in their own ‘bubble’, which solidifies their own views, while contrary information, opinions and arguments are increasingly faded out. This is also referred to as an ‘echo chamber‘. [9, 10]

This, of course, has an impact not only on individuals, but also on society as a whole. In the academic debate, the extent to which such filter bubbles contribute to the polarization and fragmentation of society has been discussed at length for several years.

In the contributions to our blog, we not only want to criticize grievances in the digital space, but also to strengthen the digital self-determination of individuals in their role as users. Therefore, we inform about selected topics and try to give individual recommendations for action at the same time.

The intensive use of social media must certainly be viewed critically for a wide variety of reasons, not least data protection and privacy. Nevertheless, these media are taking up an increasing amount of space in our daily lives. Thus, a blanket renunciation of the use of social networks is not our only recommendation for action. Instead, attention should be paid to what data (consciously and unconsciously) is shared with the corresponding networks through active posting or passive use, because the business models of all known networks are based on this data. In addition, you should take the time to read the terms of use of the networks themselves as well as those of third-party apps in order to avoid unintentionally giving third-party services access to your complete profile. There are also numerous browser add-ons and services that recognize and point out questionable aspects in user agreements.

Particularly important with regard to the upcoming elections is to first be aware of the use of microtargeting by all known parties as well as the existence of filter bubbles. So question one-sided posts that appear in your timeline and try to get a comprehensive picture of the views of the various political parties. Regularly consulting independent and high-quality print, television and online sources, away from social media, is the most sensible method here, because this also gives you information and views outside your own bubble. In addition, you can look at the election programs of the parties themselves to get a comprehensive picture. 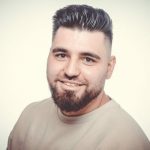