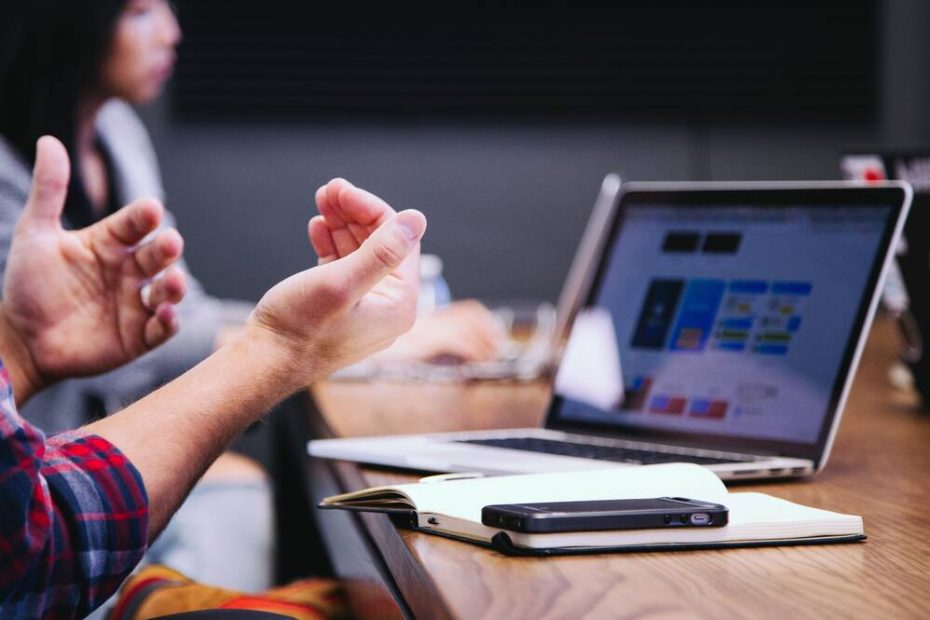 Anyone who has ever worked productively with end devices in any way has encountered the “big five” of the big tech companies, i.e. Google, Amazon, Meta (formerly Facebook), Apple and Microsoft. And even if you actively try to prevent this, you inevitably come into contact with these very players on a daily basis.

The five companies combined from their respective first letters as GAMAM (previously GAFAM) hold combined annual sales of well over a quadrillion US dollars and are among the top 10 worldwide in the list of companies with the largest market value in 2022. [1]

In addition, the five U.S. companies hold great market power in their respective industries and beyond. This is not limited to the United States, but of course also in Europe. The idea of a digitally equipped office without applications or IT infrastructure from these five mega-corporations initially seems rebellious and almost hopeless. [2, 3]

Be it the operating systems from Microsoft, Apple or Google, the office applications from Microsoft, cloud computing and website hosting from Amazon and Google or the omnipresence of Meta on the World Wide Web – to name just a few examples – it seems increasingly difficult to operate digitally without these data hungry actors. [3]

Yet there are actually numerous options that escape the monopoly positions of the big five and represent small oases of digital independence – you just have to find them. [2, 3, 4]

The problem of dependence

The problem of lack of digital independence is fundamentally the same as for any infrastructure or critical assets. Today, everything is networked. Data is collected, processed, sent and stored. Many processes in the economy, but also in our everyday lives, are now almost completely digitized or depend significantly on such processes.

As we have recently been painfully reminded, economic dependencies of all kinds naturally also have a (geo)political level. It does matter who provides our infrastructure or has access to it.

Furthermore, these large companies use their dominant market power to create opportunity costs, i.e., to make switching to alternative platforms expensive and time-consuming. This is known as the “lock-in” effect. Once a company has decided on a digital solution from the Big Five, it is often difficult to get away from it, even if other solutions would be cheaper or better. [5, 6]

The Institute for Ecological Economy Research attests that the 100 largest German companies are becoming increasingly dependent on external digital service providers such as the Big Five. In everyday office life, more than 80% use Microsoft products alone, and another ten percent use Google services for their work. The researchers argue that this inevitably leads to a digital dependence on these companies. [2, 5]

However, it is not only companies that place themselves and their customers’ information in extensive dependency, but also administrations and states. Just like companies, they almost exclusively use applications and infrastructure from external service providers outside Europe. This becomes a problem precisely when the guarantee of laws that apply in Europe can practically no longer be applied or even enforced. This is particularly critical in the case of administrations, which process highly sensitive data from citizens and store it on infrastructure belonging to actors with completely conflicting interests. [2, 5]

The monopoly-like position of the big tech companies also leads to another, much more long-term aspect of the lock-in effect. The widespread distribution of applications for end users (e.g., Microsoft Windows or Google search) leads to an almost universal habituation effect among the population.

The use of certain programs or operating systems of the Big Five is often a prerequisite for certain educational paths, jobs or social participation. This is a self-reinforcing effect that makes the alternative options increasingly unattractive – even if they would objectively be better, cheaper or more flexible.

Almost all major big tech companies are pursuing the strategy of a self-contained digital ecosystem. Users are initially offered a seemingly inexpensive or even completely free range of software and platforms that cover almost every area of application. As employees become accustomed to this ecosystem, it becomes even more attractive for employers to use it, which in turn pushes educational institutions and other government agencies in the same direction. [2, 5]

It is hardly surprising that the strong market position of the big tech companies is leading to a cut in market freedom for digital infrastructure. Small and medium-sized IT companies are finding it increasingly difficult to hold their own against the “big players” and are often themselves dependent on them. [2, 3, 5, 6]

Fortunately, many citizens’ initiatives and some companies have been working for some time on solutions and proposals to break up these tendencies. And recently, even government agencies such as administrations are jumping on these solutions and starting to use and promote open digital infrastructure themselves. [2, 6]

In terms of strengthening a free market, Free Software plays a decisive role for European digital independence. On the one hand, already existing free projects are particularly attractive for young companies and those in the digitization process due to their often high flexibility and scalability. Free software is usually developed jointly with others, which is almost always cheaper for the individual. The often cost-intensive development phase can thus be externalized and distributed among all actors. [2, 5]

On the other hand, the cross-platform architecture and the use of open standards do the rest. As a result, the software or platform can usually be easily integrated into various overall systems, such that it makes no difference what other software components or operating systems the companies and employees use. [2, 6]

Platforms that are based entirely on Free Software also avoid the lock-in effect, since they are independent of the providers. If certain providers are not suitable, the user can simply switch to others – or the platform can be operated independently without the involvement of third parties. This creates real competition in a completely free market. Many small providers thus create a favorable, fair and innovative market ecosystem instead of strengthening the monopoly tendencies of a few mega-corporations. [2, 5, 6]

Another important aspect is the democratization of development processes. The fact that all actors, regardless of whether they are private individuals, companies or government agencies, can participate in the development process of free software means that the power to decide on the functions and direction of the project lies with those who are affected by the use of the software. Participation and integration aspects also play a more central role here than is the case with non-free proprietary software. [2, 6]

The bottom line is that the use of Free Software not only strengthens digital independence, but also the digital sovereignty of companies, employees and often customers.

Of course, not everything is always as easy as it sounds. Besides the lock-in effect, which makes it difficult to switch from GAMAM software to more independent options, Free Software projects suffer from a chronic investment gap. Such Open Source projects are often developed partially or sometimes entirely without any budget by developers in their spare time. It is all the more astonishing that many projects are already equal or even superior to proprietary solutions for private use or for small and medium-sized enterprises (SMEs). [2, 5]

Appropriate funding and private investment could thus give Free Software the final push it needs to prove once and for all that jointly financed, developed and used software can mean considerable efficiency gains and unleash underutilized potential, both for local companies and for society as a whole. Large companies could play an important key role here, because Free Software also means a gigantic cost and flexibility advantage for them. [2]

In conclusion, we can all contribute to achieving these goals. Society is a dynamic process that is constantly changing, and that also applies to the digital world. The digital infrastructure used by private individuals has an influence on what companies and the state use – and vice versa. The fact that there are now so many efforts to use Free Software in European administrations is partly due to the consistent small-scale activism of many individuals and groups across the continent. [2]